My experience with ayahuasca and Amazonian medicinal plants - Part III

We Are the Amazon

Unlike conventional drugs, the day after taking Ayahuasca you feel considerably healthier improvement to your body as if little by little you were removing something from your interior that inhibits you. Therefore, it is clear that its function has nothing to do with these substances that destroy the health of people.

The fifth day was a quiet day that I dedicated to meditate and read. Finally, I took my last dose of Mucura. I must emphasize that I spent all day taking an infusion from the plant called colloquially “Uña de Gato” “Cat`s nail” (Uncaria tomentosa). It is so named because its stems are provided with curved spines in the shape of nails. It is a well-used and respected medicinal plant of the Peruvian jungle. It has a multitude of medicinal functions, increases defenses and prevents the development of cancerous tumors, besides being a great stimulant of the immune system, it has anti-inflammatory, antioxidant and depurative properties. His taste was more than acceptable and reminded me of any normal tea I could take in the West. The Uña de Gato is well known and studied by pharmaceutical and cosmetics companies worldwide.

At the end of breakfast following my strict diet, we decided to go for a walk in the jungle in search of Amazonian medicinal plants. It was the first time I did something like this and it filled me with emotion. To eat we take a grilled fish with boiled cassava kept in a leaf of bijao or banana leaf  (Calathea lutea). This leaf has a great importance in the jungle, especially for gastronomic use. It is used to wrap many foods and helps keep food fresh and gives it a special flavor thanks to its peculiar aroma. Formerly the inhabitants of the jungle, when they were going to hunt several days, used it to keep the food in perfect condition without suffering alteration by its decomposition for a long time. 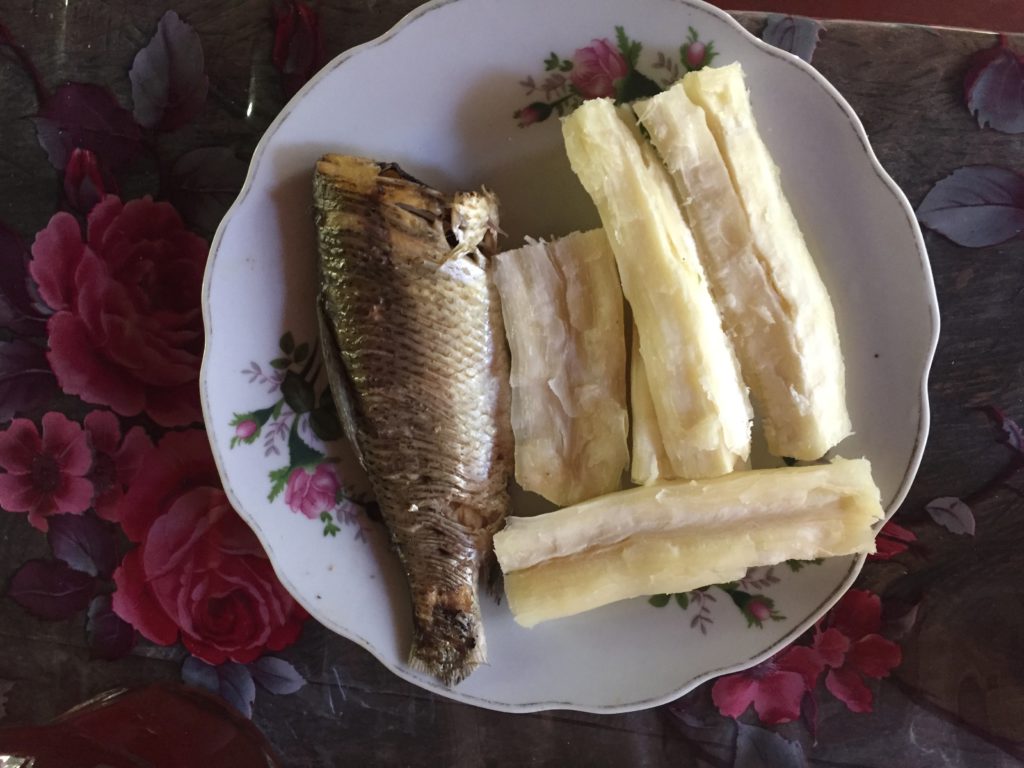 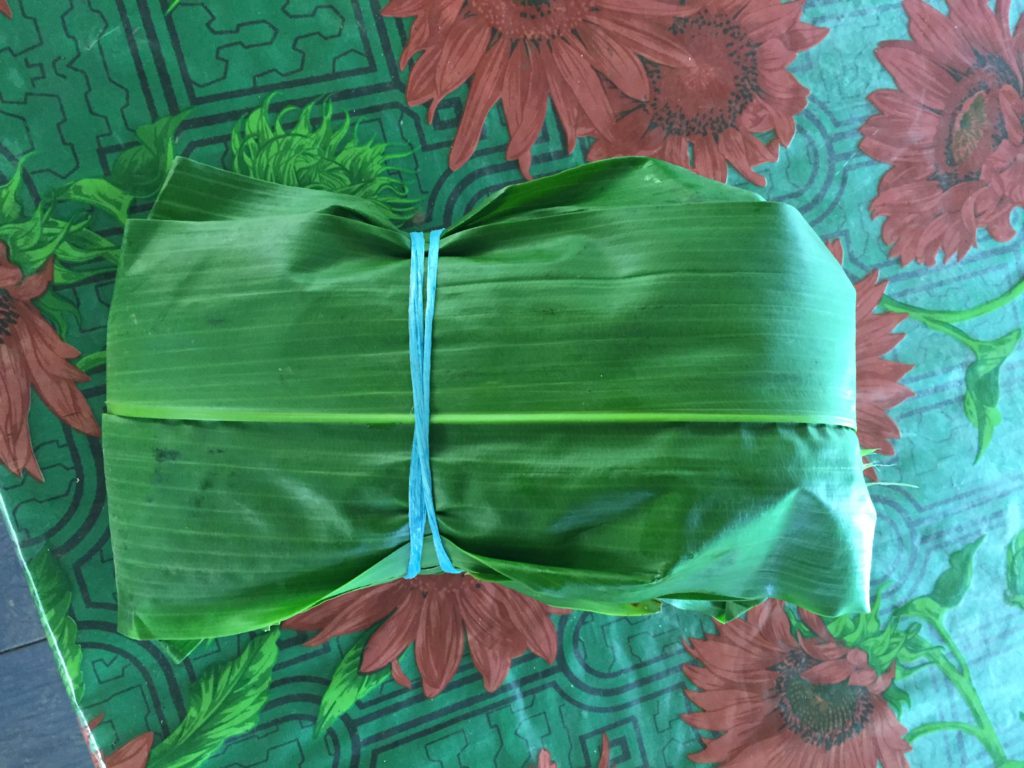 Route of Amazonian medicinal plants through the jungle

Walking through the jungle is not easy, it is highly recommended to wear rubber boots to avoid insect bites and also adapt to a humid terrain where puddles and mud are common. And of course, a machete to make way in a lush vegetation. Humidity and heat also hinder it from being a pleasant stroll.

The Amazon has more flora than any other place in the world, only in the Amazon basin has been described with more than 30,000 different species that are used for food, medicinal, timber, construction, dying with color… etc. And of the 1,500 species of palms in the world, 550 are found in the Americas. The Amazon treasures more than 11600 species of trees so that the reader can estimate, for example, the number of native tree species in Spain, the country with the greatest diversity in Europe is around a hundred. The multitude of species is unimaginable given that it is believed that there are hundreds of species yet to be discovered.

While we were walking Lucho, my local guide did not stop explaining the multitude of medicinal uses of the Amazonian plants. I was surprised that he told me that every disease has a cure, that nature is wise and we humans are part of it. Some of the plants he showed me were the bark of Huayra Caspi (Cedrelinga Brosimum) that acts as cancer protector, Sacha Huiro (Costus sp) helps to fight fever, the leaf of cocoa (Solanum Sessiliflorum) facilitates the fight against rheumatism or for example among many more the torurco plant (Axonopus compressus) to minimize ocular irritation. 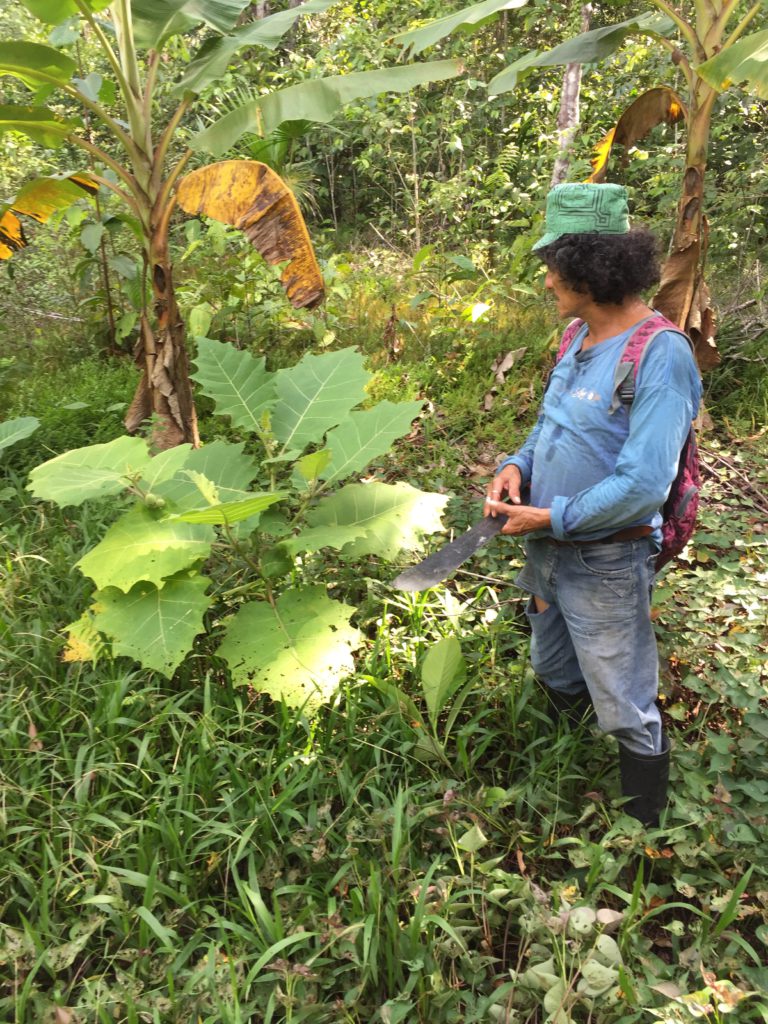 Talking to him, he told me that I was going to take ayahuasca that night in my cabin because it was the best way to know how the brew works in my body so that I can understand it. The truth that surprised me and was going to be an authentic new experience for me. I admit that he had me restless the rest of the day. After three hours of hiking I arrived exhausted to the camp, I had lost several kilos since the beginning of my diet. I showered and I meditated until the night thinking about the next ceremony.

Taking Ayahuasca alone in the cabin

Once nightfall came the moment of truth. I was in my cabin nervous until Lucho arrived. He gave me a small glass and filled it with Ayahuasca. I was alone, it was night and in the middle of the jungle waiting for it to take effect. After a while, I started to see black elements but I could not say what shapes the drawings had but they were not comfortable at all. And dark figures of people in the distance. Little by little I started to feel bad and the sweat began to soak my body. The feeling was not pleasant at all and the discomfort was increasing to the point that I wanted the effect to end as soon as possible. I did not see any clear vision and all this complicated my stay right there.

It was difficult to be still in the chair since the general malaise was increasing,  I was able to see clear visions even so I tried to concentrate but without any luck. Suddenly my body began to throb and my anguish was practically unbearable and at that moment I screamed because of the uneasiness. I was in the middle of the jungle, alone  enduring the discomfort. I could not stand it anymore I felt like I was going to die, my body was withering and I started screaming “Luchooooo !! I can not keep going, I want to end this, “I felt death, it was superior to me and I thought I could faint at any moment. I screamed again for him to come at once since he was not present in the cabin. Lucho opened the door half annoyed with an unfriendly voice and asked me what happened. I answered energetically that I was dying, that I could not continue. He answered that I had to endure it, that my body was cleaning and expelling all the negative and that was part of the process. He closed the door and at that moment I thought I was going to literally die, the discomfort was unbearable.

I felt weak, hurt, alone and damaged. A sensation that I would not wish to my greatest enemy. Little by little the effect was fading. It made me calm down but I never got back to normal. I felt the taste of ayahuasca in my stomach, I made enormous efforts to vomit it but it resisted inside me. After about twenty minutes I did not feel the previous malaise but I still felt light and dizzy. Lucho entered the cabin and blew the smoke from the mapacho and told me to rest. Once I laid down on the bed, I tried to relax and sleep but it was impossible, I heard all the sounds of the jungle in my ear and as if many animals roamed the cabin, and worse, on the roof. I was surely frightened.

Suddenly, it began to rain with great force, it was the typical tropical rain but the sound penetrated my ears, to make the situation worse, it thundered and even with the effects of ayahuasca, I thought that the cabin was going to collapse or that a lightning could fall on top my own. I was in a rustic wooden hut in the middle of the jungle and at night where no one could rescue me. I tried to fall asleep but it was useless and my nerves were on the skin. My impotence was at its maximum limit, I wanted to escape, but where? Where could I go in the dark night of the jungle without electricity and with a simple flashlight? With a tropical rain where the thunder came into my head and rumbled in my ears. I did not know where to go, my cabin was small. I thought it was a divine punishment of nature and there must be a code to understand what had happened.

It rained all night and until the sun came out the tranquility did not return. It was six in the morning and I thanked God that I was still alive but still scared by what happened because I still had another shot of Ayahuasca in the next few days and after what I had gone through being so bad, thinking about it made me shake.

When I saw Lucho I tried to explain how bad it had been and I wanted to let him know what the feeling was like last night. He sat next to me and told me that if it happened it is because Mother Ayahuasca saw it necessary to heal me but he did not give me a concise answer. I did not understand anything and for a moment when I did not find a solid explanation, I was frustrated and I thought about packing my bags and returning to the city ……

My experience with Ayahuasca and Amazonian medicinal plants - Part IIII

My experience with Ayahuasca and Amazonian medicinal plants - Part II

Next
This website uses cookies to improve your experience. We'll assume you're ok with this, but you can opt-out if you wish. More Accept